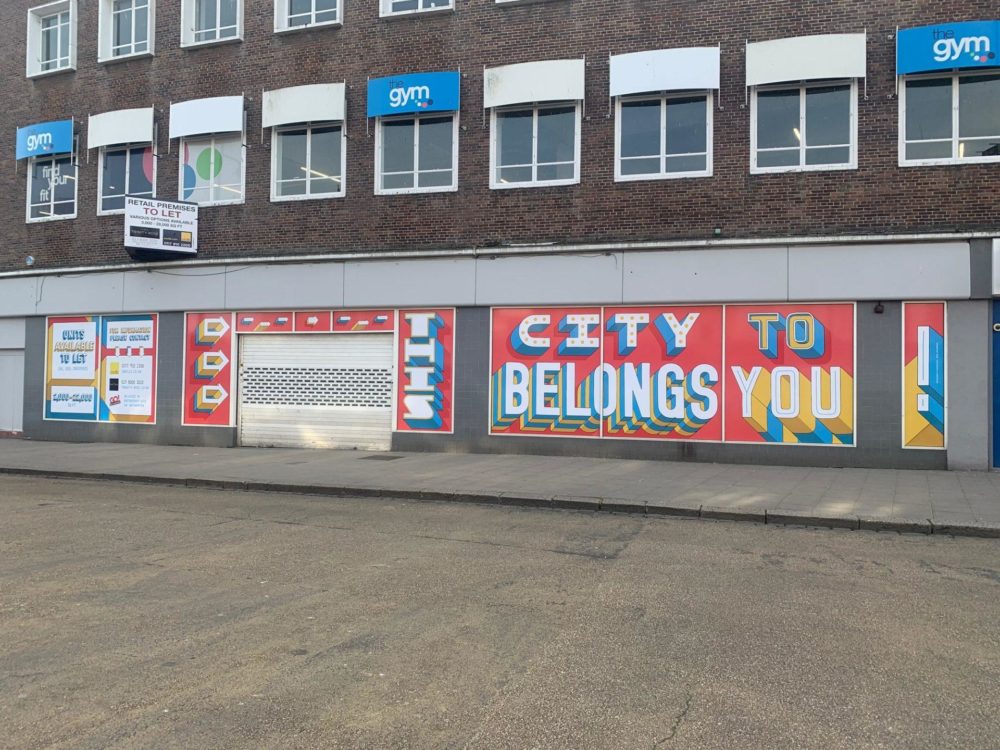 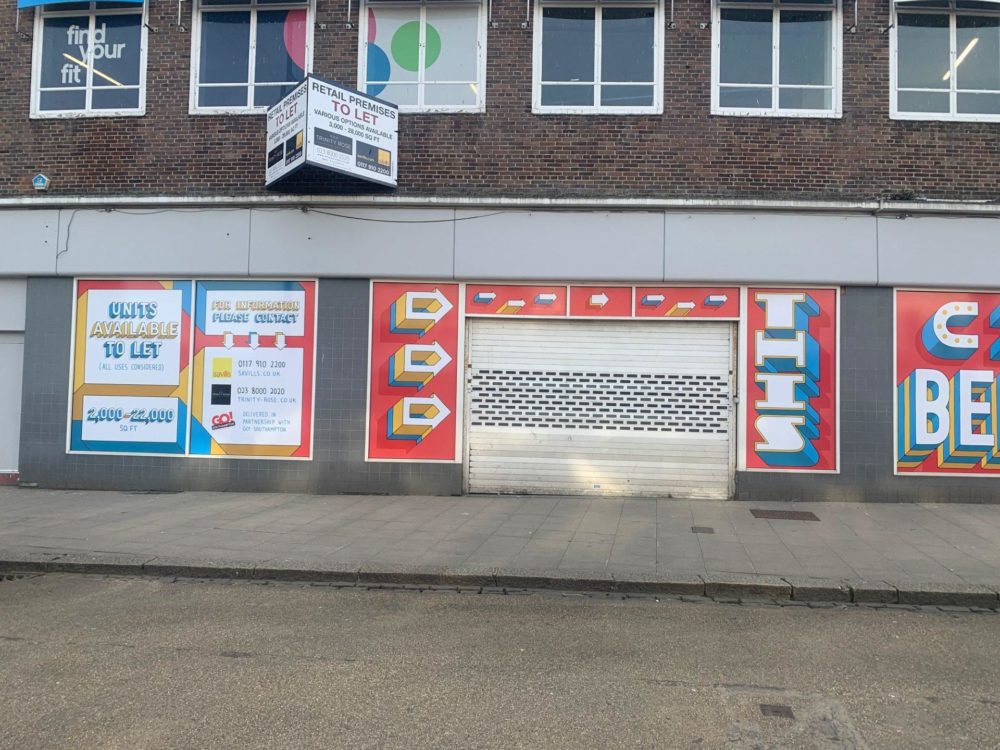 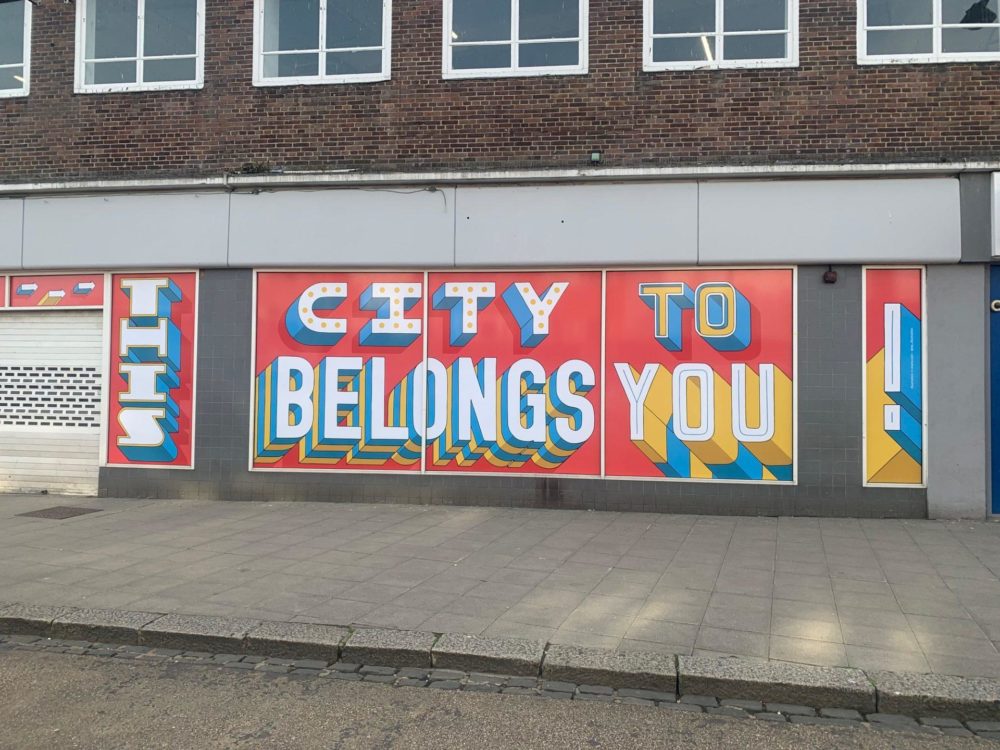 In May 2019 Studio BAD were commissioned to write, and curate a series of urban public realm interventions for Southampton, with a view of activating vacant retail shopfronts and redundant spaces.

The competitions are part of the ongoing, incremental strategy by GO! Southampton to enliven the public realm across the city centre. We were thrilled to see the first of the competitions brought to life, with vinyl artwork erected in place on an empty shopfront, located in the busy High Street.

The artist, Nathan Evans, won this first competition with a design concept for the vinyls, themed around a number of key phrases that represent the city and its inhabitants, reflected though the designs in an uplifting and positive way. Each artwork is crafted to be flexible, allowing them to be used to redecorate any dimension of shop front across the city centre.

The designs act to ask questions about the redundant space and place, what are the opportunities and how can the community get involved to reimagine and repurpose these spaces with new, vibrant uses.

A number of themes were identified in the initial briefing, representing the city in all its diverse forms and showcasing some of the best the city has to offer including: CITY OF LEARNING, CITY OF RESEARCH & INNOVATION, CITY OF CULTURE, CITY OF PLAY, GLOBAL CITY, ENTREPRENURIAL CITY and DIVERSE CITY.

GO! Southampton is the City’s Business Improvement District (BID) for Southampton City Centre. It was originally set up 2017 by a steering group consisting of local businesses and organisations who all share the vision for pushing Southampton to reach its full potential, through projects and improvements. Studio BAD are also collaborating with GO! Southampton on the Bedford Place reactivation scheme.